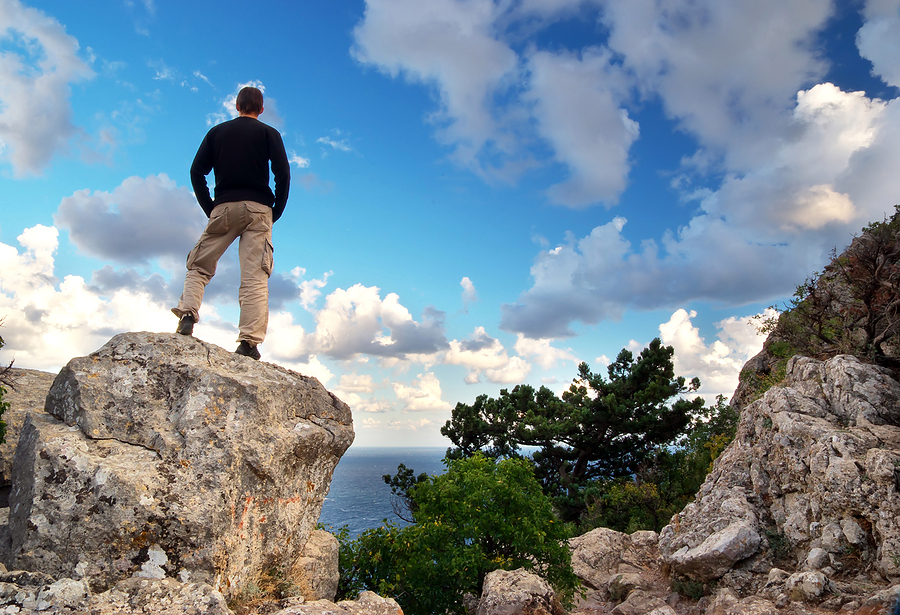 Robbie Holz: Quantum physics has proven our thoughts and beliefs influence our reality. Most of us don't realize how powerful our minds are in directing the illusion and affecting the world around us. Once you learn how to effectively use your thoughts and emotions to create what you want, it's transformative. I think this article by Enoch Tan from Healers Journal does a great job of shedding some light on this.

The Healers Journal: Many of us make the mistake of believing that the laws of physics and science are supreme laws that govern reality, when, in fact, they are only subsidiary laws of the larger universal laws which govern all aspects of existence. Furthermore, the universal laws dictate that indeed consciousness is the supreme driving force in this universe and so has precedence over the laws of physics. However, in order to access this innate potential, one must truly understand and master the concept of mind over matter. They must command their mind and their beliefs at levels far beyond that which the majority of humanity currently operates at. If you doubt your ability to create your own reality, how can you ever hope to master the manipulation of physical reality? Only when one understands their role in the creation of reality and the fundamentals of the universal laws and how they operate, can they begin to truly experience their full potential.

Your life is a direct reflection of your subjective belief structure operating within the larger objective framework of reality. This is the ultimate feedback mechanism — the cosmic mirror. Once you realize this and begin to explore the concept, you can begin to consciously change those parts of it which you desire to do so in line with the greater universal laws, which essentially allow for anything to be created. In this way, we can see how self-imposed limitations (whether conscious or not) influence our reality. We set the rules for our own lives, it’s just that we are often not aware we are setting such highly restricted rules because so many other people choose to do so as well. This creates a collective reality which is self-reinforcing and seems real, because it is real on a certain level, even though it does not reflect the true potential of the human experience. Only when we change our beliefs from restricted and limited to expansive and unlimited can we begin to tap into the greater reality available to us all.

Do Your Beliefs Reflect Reality or Create It?

Have you ever wondered whether your beliefs reflect reality or create it? The answer to the question is realized in understanding the concept of objective and subjective reality and the difference between the two. Most people believe that objective reality is made up by the physical laws that govern the universe. The laws of gravity, thermodynamics, electromagnetism are some of those laws. But the truth is that even the physical laws themselves are governed by higher laws of reality.

Now although we know that mind rules over matter, that does not suffice to say that we can go ahead and attempt to defy the law of gravity by jumping off a cliff just for the fun of it, without a real and strongly justifiable purpose of doing so. This is where some people misunderstand the truth and why they go and do stupid things which land them in undesirable consequences.

In the event where a person manages to defy a physical law of reality, it is because he/she is in harmony with the will and purpose of the universal mind. That is the reason why miracles happen in this world where people are saved from certain death or experience divine providence and empowerment.

So objective reality is the spiritual laws of the universe. That which is immutable, unchanging and constant. It exists whether you believe in it or not, that’s why it is objective reality. It is not subjected to your individual mind alone but by the universal mind that is greater and above all.

Spirituality is defined as “belief in those aspects of reality that are not of this world or this material universe.” But all reality is truly spiritual in essence.

Truth is opinion that conforms to reality. Reality is that which is so whether anyone knows it or not and whether anyone likes it or not. Thus, truth is based in reality, but reality is independent of opinion. The modern notion expressed as “my truth, your truth” I automatically translate as “my opinion, your opinion,” and the assertion that we each create our own reality is an example of what I refer to as “fantasy”.

Beliefs that reflect reality are beliefs in objective reality. They do not lead to its creation or uncreation.

Subjective reality is subject to change since it is temporal. You can choose to believe differently about what you are observing and cause reality to change instantaneously or over time. Beliefs that create reality are beliefs in subjective reality. They have the power to create, perpetuate or change reality.

There are things you do not have to believe in order for them to exist. They already exist in the universe anyway. Believing causes them to manifest in your experience according to the Law of Attraction. Disbelieving keeps them away from appearing in your individual reality. They may exist to others who believe but not to you.

Everything you experience is the result of your thoughts whether present or some time in the past. You can explain everything that has already happened to you through this paradigm. Was there something already within your consciousness that made these words appear in your reality as the manifestation of your own thoughts?

The purpose of having this understanding about beliefs and reality, is to enable you to choose authentic beliefs that serve to empower you and create the reality you desire. Understanding brings you power. You now have greater a understanding of belief so you have greater power than others in using it.

Enoch Tan aims to help people achieve greater awareness in living and experiencing life. To evolve human consciousness to higher levels. To change lives and transform the universe. To revolutionize the way we understand the mind and reality. Because that is what governs every area of life and destiny. Get free ebooks of the most powerful knowledge and learn secrets of mind and reality that will fully benefit you now at: Secrets of Mind and Reality. This is the most life changing information which surpasses and transcends all other levels of self help you have encountered, because it is about understanding and changing reality from the highest place of all!

“Until you make the unconscious conscious, it will direct your life and you will call it fate.” – Carl Jung

Robbie Holz is an internationally respected healer, frequent media guest and an award-winning author. To learn how Robbie can help you address your health issues from a physical, emotional and spiritual perspective, call 360.899.9339 PT (no texts) or email robbie@holzwellness.com.

FREE Report:
“3 Keys to Unlocking Your Ability to Self-Heal”